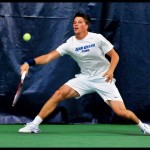 NETRESULTS will be graced this summer by two form top world ranked players; Nikola Bubnic and Dejan Cvetkovic. Nikola comes to us from Belgrade Serbia where he spent most of the winter helping train world former #1 WTA Tour players Ana Ivanovic and Jelena Jankovic. Nikola played on the ATP Tour, reaching a world rank high of top 900 and played #1 singles & doubles for the University of San Diego. Nikola will work in Boston during the summers and will work for NETRESULTS in Palm Beach in the winters. 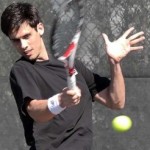 Dejan will be enjoying his second summer in Brookline. He is the senior staff professional in Palm Beach for NETRESULTS for the last 3 years. Dejan reached a career high of top 500 in the world on the ATP Tour, played Davis Cup for the Canadian National Team and received wild cards into Masters Championships in Montreal. Dejan played his collegiate tennis at the University of Southern California as the #1 singles & doubles player in the power house Pac 10 Conference.

Both Nikola and Dejan will be presiding over the junior developmental and high performance camps this summer at Amory Park begininng late June through August. Both will participate in all adult Power Hour programs, junior development programs and provide private lessons to all levels…have the opportunity to learn world class skills!